Chester’s Former Players Association is to reunite the club’s best-ever team at a one-off event to raise money for Chester FC’s fund-raising campaign.

This year is the 40th anniversary of Chester’s highest-ever league finish – fifth in the old Division Three (now League One). So while fans often recall the promotion and League Cup semi-final of 74-75 under Ken Roberts, and promotion successes under Harry McNally, Graham Barrow, Mark Wright and Neil Young, the team that recorded Chester’s best-ever finish in the League pyramid was that squad of 1977-78, managed by Alan Oakes. 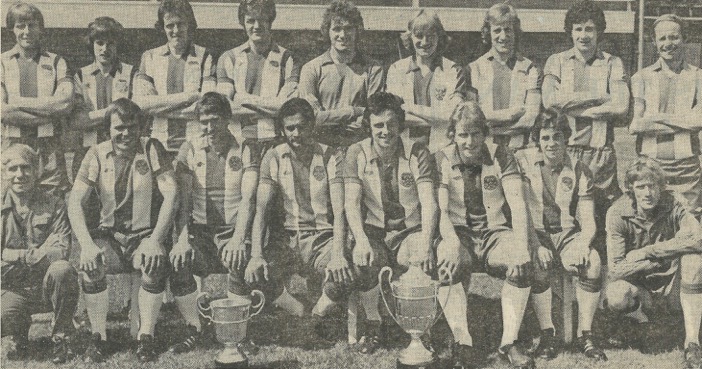 At a unique event jointly organised by the Former Players Association and the Chester FC Community Trust, the players will reunite for an evening of celebration, nostalgia, and entertainment at the Blues Bar in the Swansway Deva Stadium on Friday April 6th, at 7.30. Tickets priced £15 are on sale now  from Chester FC, the price including a hot meal. Proceeds will be split between Chester FC’s fighting fund and the FPA fund.

FPA chairman Alan Tarbuck said: “This has been a difficult season for the football club and the former players of whatever era are as concerned as anyone about the financial situation. We want to add to the amazing efforts already seen from the fans and do what we can to add to the fighting fund. This will be a memorable night and a chance to meet the players who can genuinely claim to be the best team Chester have ever had.”

Trevor Storton, Stuart Mason and Paul Crossley have all sadly passed away in the intervening years.