The Blues face another long trip today – as Torquay’s Plainmoor is our destination for the first National League game of September.

Chester come into this game following a mixed Bank Holiday weekend of results. Saturday’s brilliant 2-1 win at Aldershot was followed by a disappointing 2-0 home defeat to Cheshire rivals Macclesfield.

James Akintunde was the only recognised striker fit enough to feature in both games – as Manager Jon McCarthy will be hoping for swift returns to full fitness for Harry White, Ross Hannah and Nyal Bell.

Torquay have only picked up one point all season so far – a 0-0 draw against a Tranmere side that had been reduced to nine men.

They have a real injury crisis on their hands – missing several key first team players for today’s game. However, they have been boosted by George Dowling and Chinua Cole arriving on Thursday – before bringing in a new goalkeeper in Vincent Dorel yesterday; as Wigan’s Dan Lavercombe had his loan spell with the Gulls cut short due to injury.

In this fixture last season, the Blues were victorious 1-0 on April Fools Day. Sam Hughes scored the winner – his last in the Blue and White stripes before making a move to Leicester City in the summer.

Kick off today is at 3pm.

Here’s some Torquay vs Chester stats ahead of today’s game – courtesy of our Club Historian, Chas Sumner:

Kick off at Plainmoor today is 3pm. 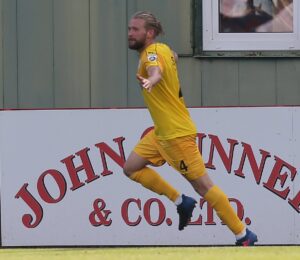