The Blues are back at the Swansway Chester Stadium!

After six away games in the space of ten days, Chester finally return to the Swansway Chester Stadium today for a Pre-Season Friendly against League One side Walsall. Of the six games, the Blues have won four; drawn one and lost one.

Last time out, Jon McCarthy’s side were victorious at Witton Albion. 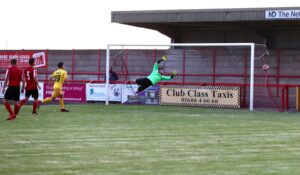 Walsall finished last seasons campaign in 14th position in League One. Jon Whitney is the Manager of the Saddlers, having been part of the backroom staff as far back as 2003 when he was first appointed as Physio. Whitney looked to Chester to bolster his coaching staff in November 2016, appointing Ian Sharps as First Team Coach. The hugely popular figure had began the season with a successful stint here at the Swansway Chester Stadium as Jon McCarthy’s Assistant Manager. So far in pre-season, Walsall have lost two away games at Solihull and Stafford – both 3-2 scorelines – and drawn 0-0 at home to a strong Aston Villa side. 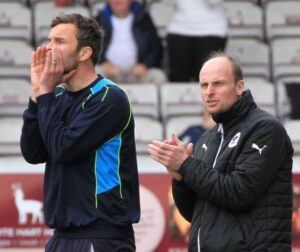 Kick off at the Swansway Chester Stadium is 3pm. Ticket prices are £8 Adults, £5 Concessions and £2 Under-16’s. Chester fans will use the Harry McNally (North) Terrace and the Red Insure (East) Stand and Walsall fans will be in the Swettenham Chemists’ Community (West) Stand.

There will be food served in the Blues Bar – which is free to enter for both sets of fans. Traditional Scouse served with pickled cabbage & beetroot with crusty bread and butter which costs £4.50 per serving will be available.