Time for another busy week of action!

We’re into week two of the Blues’ Pre-Season fixture schedule – and tonight we face a trip to Maes Tegid to face Welsh Premier side, Bala Town. Jon McCarthy’s men drew 1-1 at Hyde last time out – with Harry White scoring our goal with an emphatic volley. 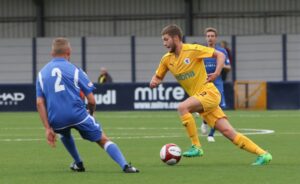 The result meant Chester ended the first week of pre-season games unbeaten – having won at both Runcorn and Flint Town on Monday and Tuesday respectively.

FULL TIME | @hydeunited 1-1 @ChesterFC – It finishes all square in our third friendly of the week. #COYB pic.twitter.com/Y5A7B7z7wH

Following the game, it was announced on Chester FC TV (below) that Liam Davies had seen his contract extended to a year – while Lucas Dawson had signed a one-year deal himself with the Blues. Also, Evan Horwood left the club and joined – you guessed it – tonight’s opponents Bala.

What about Bala Town?

Bala have been busy in European action recently! Finishing in 3rd last season in the Welsh Premier ensured them a place in the Europa League qualifiers. Unfortunately, they were knocked out by a side from Liechtenstein – FC Vaduz – 5-1 on aggregate. Former Blues at Bala are, of course, Evan Horwood; but also two players from back in the reformation season in 2010 – with Stuart Jones and Mark Connolly in the squad. Who could forget Stuart’s last minute winner at Prescot Cables on New Years Day 2011? 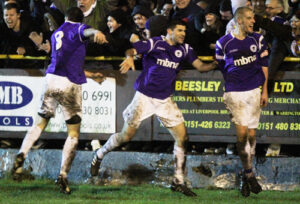