Chester FC would like to announce that Evan Horwood has terminated his contract with the club with immediate effect and by mutual agreement.

Evan was offered a six-month contract in May with a view to him competing for a place and a further contract extension. However, as time progressed Evan felt that at this stage of his career he needed the comfort of at least 12 months and – as an opportunity has arisen – the club decided to allow Evan to leave. 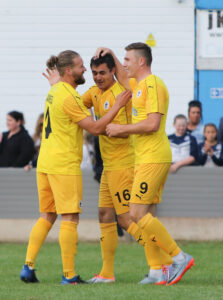 We would like to place of record our thanks to Evan for his efforts over the last year, and his professionalism throughout. He made a big contribution on the community side where, alongside Jim Green, he was responsible for delivering an award winning programme with University of Chester.

Plans continue for the new season with a strong squad and everybody behind the scenes wishes Evan Horwood the best of luck for his future career whilst remaining focussed and excited for the campaign ahead.