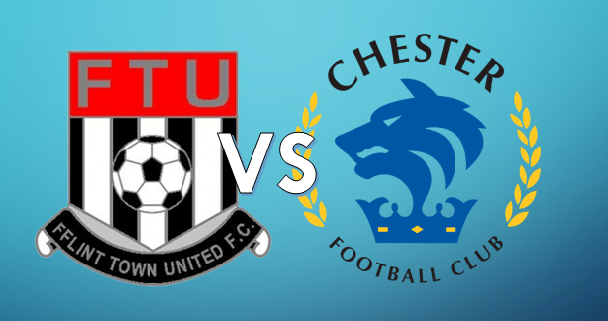 Another day, another game!

The Blues kick off their second pre-season game a mere 24 hours after their first game tonight – as we face a trip to Flint Town United.

Chester’s pre-season schedule began with a convincing 5-1 win at Runcorn last night. Evan Horwood’s header after four minutes set the tone – as the Blues raced to a three-goal advantage at the break with Kingsley James and Harry White on the scoresheet.

Runcorn pulled one back ten minutes after the interval thanks to former Blue Kevin Exell – before a stunning solo goal from Liam Davies and a somewhat bizarre goal from Nyal Bell added some gloss to the scoreline.

What about Flint Town United?

The Cymru Alliance side finished 6th in their league last season – and hosted an Everton U-23 side on the weekend. The Premier League team ran out 6-1 winners – with former Chester loanee Calum Dyson on the scoresheet for the visitors.